Update on last week, and thoughts on art education 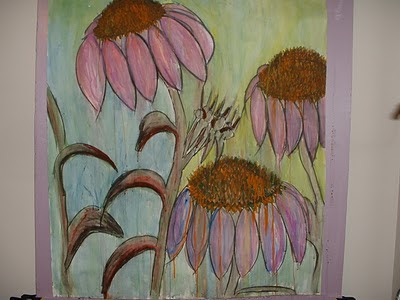 As you can see from the image, I am back up an running. This is a painting that I started earlier this summer, but never finished. I'm glad to be working again, when I do not make art I get cranky. I think this will be the last of the large-scale flower images (at least for a while). It might be an interesting idea to pursue later, but for now it's time to let that idea rest.

The second part of this posting is going to be devoted to thoughts on arts education. In the UK options are being weighed for the elimination of arts programming in some schools. For more specific information click here. New curricula are being formulated that center on math, English, science, foreign languages and either history or geography.

While these subjects are important, I do not believe they should be the sole focus of an education program. In the article linked above, the director of learning at the Tate Museum stated that courses in art bring students into alternative ways of thinking and addressing problems. She stated that this is needed in contemporary times and that western society has always valued innovation going back to the Renaissance.

I agree with these statements. The arts develop creativity, and with creativity new directions in subjects like math, English, science etc. are realized. When I was teaching art appreciation, one of the things I tried to impart was how connected the arts are to everyday human thought and interaction. Students were often amazed when this was pointed out, and it was from this teaching experience that I learned how this occurs on a subconscious level. Until it was pointed out to them, students did not realize how art shapes individual thought and opinion. After the fact, I noticed that students were drawing these comparisons on their own and bringing a vibrancy to the learning process that was previously missing.

Whether this stayed with them after they left my class I cannot say. However, I believe if the arts were more present in the school curriculum at an earlier age of development students would be better learners by the time they got to middle and high school. The links between subjects and thought could be consciously drawn, and built upon, leading to new innovations and developments.
Posted by Klublog at 7:35 PM No comments: 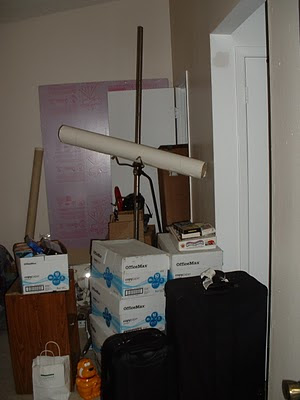 For the fourth time this year I have had to pack up and move. The end result is pictured above. Fortunately, since the time this picture was taken, I have made progress and I've got some since of order back in place. I have not started painting yet (my poor easel has not been this idle for a long time), and it has been some time since I have posted here, but I'm making progress. This return to blogging is going to be about leaving your mark. 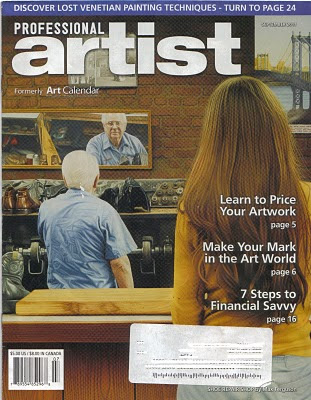 The image above depicts the most recent issue of Professional Artist. In it is an article by Matthew Daub, an art professor from Pennsylvania. Here he discussed the importance of creating works of art, and described how one should move to make his/her art stand for something.

To make his point, Daub drew comparisons between the work of a young art student at the Art Institute of Chicago, and the work of Goya (specifically The Third of May.). The author wrote how this student portrayed the then recently deceased mayor of Chicago, Harold Washington, unfavorably. The author stated that at the time, Washington was quite popular and his death came as a shock to residents of the city. When the work of this student was revealed Daub explained that outrage quickly gripped the city and the aldermen went so far as to pass a resolution to have the painting removed. When this failed several of these aldermen took it upon themselves to remove the painting, resulting in the paintings destruction, and ultimately a civil rights case with the ACLU (Daub 6).

The context of the work is central in this instance. Daub stated that now, more than 20 years later, if he were to show this painting to his art students in Pennsylvania there would be little reaction. By contrast, the author pointed out that Goya's third of May has transcended time. He wrote that in Goya's work it is relatively unimportant to know that the troops are French, and the civilians unarmed. The image speaks more broadly and addresses the horrors of war on another greater level (Daub 7).

Daub concluded by stating that it is unfair to compare the work of a student to that of an established master. However, the point addressed was very clear. As artists we have got to use our art as a speaking tool. Whether it is a statement of profound observation that speaks to generations, or an irreverent jab at society, art can express many points of view and artists should take a stand to leave a mark.