"Who Shot Rock and Roll" Opens at Birmingham Museum of Art 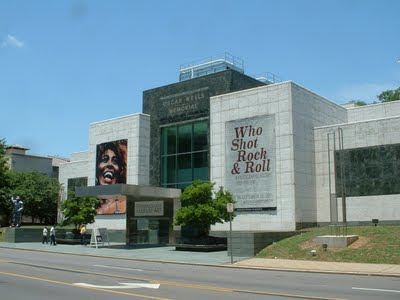 The photography exhibition "Who Shot Rock and Roll" opened at the Birmingham Museum of Art this weekend. This show features rare, behind-the-scenes, and unique photographs of the history of rock and roll from the 1950's through the present. This show originated at the Brooklyn Museum in New York. It traveled to Birmingham from Columbia, SC. It will continue to travel through 2012. More information can be read here, here, and the BMA show here.

The show is excellent. I don't like to admit it, but I can be an art snob. Photography is one medium that I can not really get into, and I'm not one to seek out celebrities (especially rock/pop stars). But this show trumps all of that. There is something for everyone. It really is an amazing exhibition. Reviews far better than I could report are found here, and here.

This was my first experience working at a museum with the development of a major exhibition. There is a lot of work that goes in to producing these shows. It is not limited on one curator, or one department. The entire museum staff undertakes duties relating to the exhibition. It is truly a team effort, and I think the staff at the Birmingham Museum of Art came together to present an exhibition far beyond what was required. The show is as much about presentation as content, and the Birmingham Museum of Art adds to the entire experience. 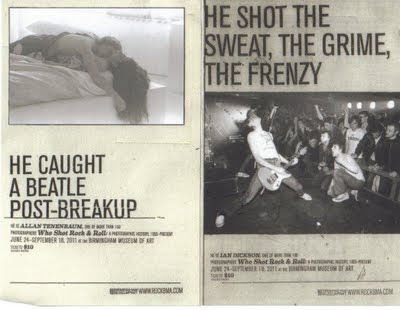 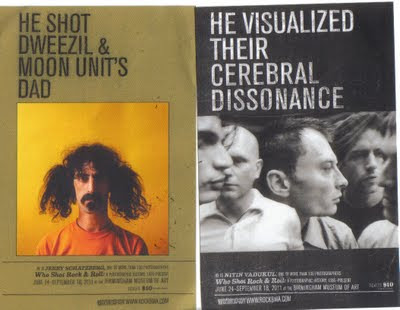 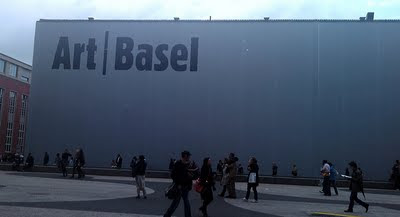 
One of the worlds largest international art fairs took place this week in Switzerland. Art Basel, as it is called, brings together artists, galleries, collectors and dealers for one show that highlights contemporary art from around the world. More specific information can be read here.

An article in the Huffington Post stated that sales for this year have been very good. It stated that these profits could be an indication that the art world is in an economic boom. A link to the full article can be read here.

As I was reading these articles I reflected on something that crosses my mind periodically. Why is art traded at such high prices? With the dollar amounts discussed in these articles, the art could be treated as an investment opportunity, rather than as a means of cultural expression.

When I taught art appreciation and art history, I used to tell my students that the monetary value of art was arrived at based on the one-of-a-kind uniqueness of each piece. I also explained that the name of an artist added a brand to the work, and often added to the price. While I think these statements are true, I believe they only answer part of the question.

That said, I'm not entirely certain what should be added to the answer. Part of me thinks that art is traded at high prices because people are willing to pay high prices. I do not like this line of thought however, because it would seem to add to the elitist attitudes so often associated with the art world.

Art is a form of communication meant to be expressed and interpreted by all. I have written about the barriers of the official "art world" before, and the thought that some art is worth obscene amounts of money adds to these divisions. These divisions distract viewers from the message communicated by the artist and reinforce works produced simply for the sake of making a profit.
Posted by Klublog at 11:48 AM 1 comment: 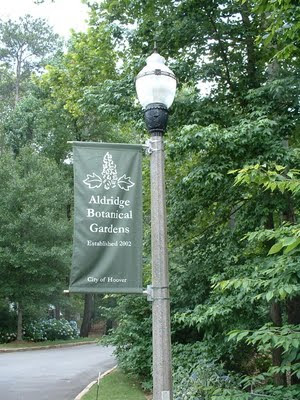 I attended a local art fair in Aldridge Botanical Gardens this weekend. It was very hot, but it was worth the visit. I have written about local art fairs before (click here), and I still think the prestige level of these types of exhibitions is probably not the best. However, there is a lot of amazing work that gets shown at these affairs, and many of the artists represented could outshine "established" artists. 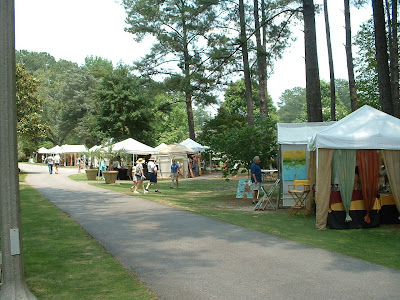 As I was walking around, I was struck by the variety and creativity of the artists present. There was an artist that was selling stained glass, but she was not using the traditional stained glass methods. She had fastened glass to the surface of old windows, and then cemented the colored glass particles in place with grout. It looked amazing! Very innovative as well.

I ended up purchasing a small print from an Alabama Artist. His name was Maurice Cook. His paintings were fabulous! More can be read about him here and here. The print is pictured below. 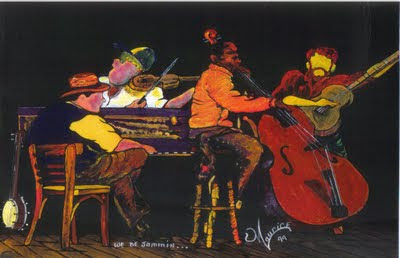 I really enjoyed myself, and I got some interesting ideas to try in the future. As I stated in the previous posting about local art fairs, you never know who will show up to these events, and what will be inspired from being present.
Posted by Klublog at 5:37 PM No comments:

The posting for this week is about a newly created sculpture that depicts former Pope John Paul II. The sculpture is quite modern, with very few features and a simplified form. Apparently it has caused an uproar, and the Vatican has labeled it "ugly." The full story can be read here.

To me this is a case where those who have ordered the art did not give much thought about the art. It is similar to the story of the Tilted Arc. Too often when the art is in the planing phase, those who ordered the art are not really listening to what the artist has proposed. I think this is particularly true for public art.

That said, I could go either way on this sculpture. I do not think it's great, but I also do not feel it is complete garbage. The lack of an identifiable face is not a new concept. When I was in art school, one of my fellow students never painted facial features. He stated that this allowed the viewer to define who the image depicted. Pope John Paul II was very popular, almost a people's pope. As a pope for the people I think it's appropriate to leave the face blank.
Posted by Klublog at 6:38 PM No comments: