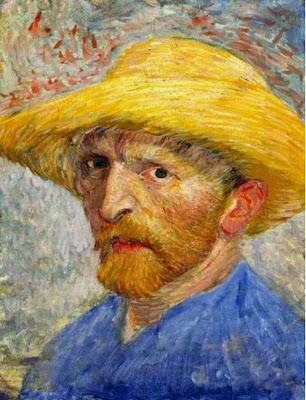 One of the things I'd like to draw your attention to in this post, was the recent revelation that Vincent Van Gogh may not have committed suicide. The BBC reported this story here. The author of the BBC article outlined how two boys from the nearby town of Auvers-sur-Oise, France were possibly playing in the same field where Van Gogh was painting. The boys were described as carrying a malfunctioning gun as part of a cowboy costume, and the author reported that after these youths accidentally shot the now-famous artist, Van Gogh protected them from recrimination by taking the blame.

This is interesting, and casts a new light on the artist.

The second item I'd like to draw your attention to involves the work of Dave DeVries. Mr. DeVries draws his inspiration from the work of children. Nothing new in that, in fact it is widely known that Picasso was also very much inspired by the work of children. What is unique, is how DeVries uses this inspiration. He takes the illustration of a child and executes it in a realistic manner, capturing both the essence and the imagination of the original image. I think his images are amazing. A link to more about DeVries work can be found here. A sample is also pictured below. What do you think? 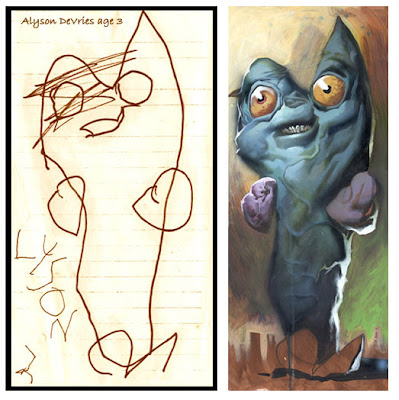 Image courtesy of Elezea
Posted by Klublog at 7:25 PM 1 comment: