Last week I attended the Impressionist France exhibition at the St. Louis Art Museum. I grew up not too far from St. Louis and in my youth I frequented this museum. It was a great show, and it also gave me the opportunity to examine the new museum expansion that began shortly after I left the area. The expansion does not match the rest of the museum. It is modern and has a lot of glass and wooden beams. This seems to  clash with the classical marble and stone that make up the rest of the building. However, the exhibit itself was great.

The show was put together around the idea of traveling to France in the 19th century. The concept and the presentation was good. The exhibition included much photography which I was pleased to see. Many people admire impressionist art and artists and go on about the colors and placid imagery, but forget that the roots of impressionism came from the invention of the photographic process and the idea of modernity that was developing during the industrial revolution. In fact, one of the first things viewers saw upon entering the show was a huge 19th Century camera and its associated equipment. This set the tone for the rest of the show.


The exhibition included works by Pissaro, Monet, and other well known impressionists, but their work was presented against the developing world at the time and arranged under a theme. My favorite painting was a Monet of a railroad bridge with a train crossing. This painting was featured in the theme of factories and factory growth and details smoke from the locomotive as it puffs across the bridge.

I have spent some time investigating how the railroad has been interpreted in art, and this is a great example of some of the early ideas. In 1874, when this image was created, the railroad represented the penultimate in modernity. Locomotives were large, noisy contraptions that whisked people and equipment at speeds previously unthinkable, all while belching smoke and creating a sense of power. The railroad was doing incredible things like building bridges, and conquering the natural world. For example, when canals were iced up, and wagon trails were snowed in they were impassable. But the railroad chugged on unstoppable in almost blizzard conditions.

This image features the rail line slicing right through the natural world at an angle. Big strong pillars support a cast iron bridge, emphasizing power and strength. The train is elevated above the natural world displaying the wonder of human development. And beneath we have a placid image, composed horizontally, of a  river flowing idly by with a sail boat meandering through. The train with its elevation, smoke, and noise is almost proclaiming its dominance over the old ways of life in that of the sailboat. This image proudly claims that the modern era is here.

I have been busy painting. I have two ready to go, but right now I only have one image ready to be uploaded. Keep watching this space, and I will add the other one later. I have continued to work with the figure, and with faces, keeping the works of Modigliani in mind. I have also continued to work with the idea of books and libraries. I'm not sure where this idea is going, but I think its interesting. 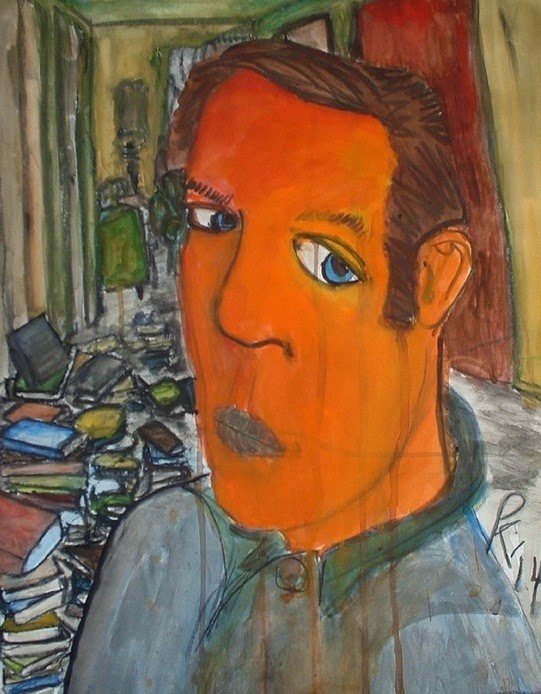 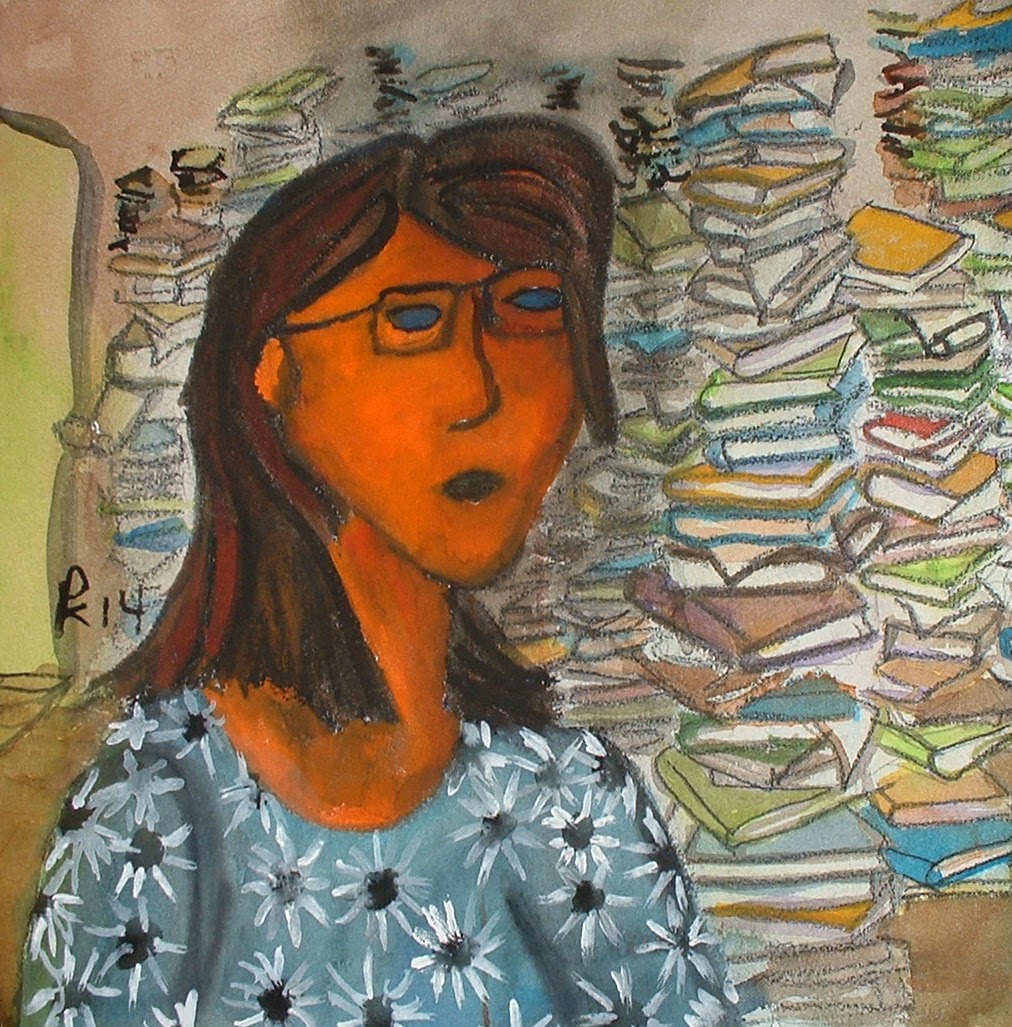